Worthy of a standing ovation, this unconventional platformer is one of the best this generation has to offer… 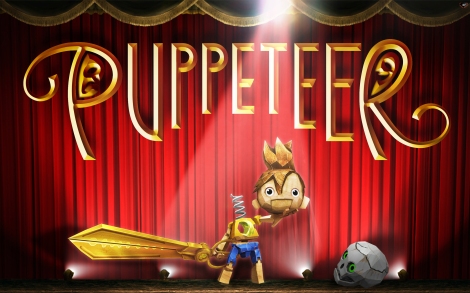 From the moment the curtains slid apart on PlayStation 3 exclusive Puppeteer, I knew I was in for an enchanting experience. SCE Japan Studio – the innovative developer behind Ape Escape, Loco Roco and the Patapon series – have let their boundless imaginations run wild, presenting us with a fantastical fairytale in the form of a live stage show. Packed to the rafters with eccentric characters, macabre imagery and inventive gameplay, this one-of-a-kind platforming extravaganza showcases an exceptional level of creativity and charm; making for a theatrical spectacle that will capture the hearts of gamers everywhere.

Its spellbinding narrative takes place amidst the stars, where the wicked Moon Bear King spirits away children’s souls, trapping them inside wooden marionettes. After having his noggin chomped off by the temperamental tyrant, one plucky puppet, Kutaro, is manipulated into pilfering a magical pair of scissors; starting him on a perilous quest to put an end to the lunar oppressor and reclaim his stolen soul.

Though there are many things to love about Puppeteer, its unparalleled presentation is definitely the main attraction here. The pantomime-like action takes place onstage, complete with strobing spotlights and a visible proscenium arch. Its ligneous cast act as twisted thespians, performing to an unseen audience, who cheer and gasp as the drama unfolds. When a scene is at an end the set will shudder and crash, mechanically transforming itself for the next, and a wondrous sense of grandeur and showmanship permeates every aspect of this peculiar production.