In the wake of Interrogation mode being brought to the Last of Us, Rob discusses some future multiplayer match-types he’d like to see… 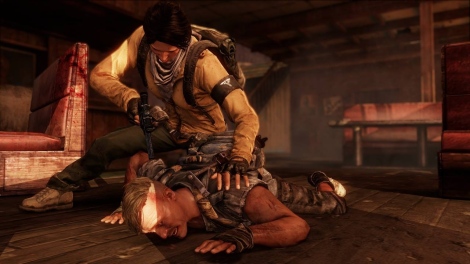 The Last of Us was released in June to universal acclaim, and since then its stunning graphics, brutal gameplay and compelling narrative have been the source of much discussion amongst gamers. However, one aspect of Naughty Dog’s magnum opus seems to have been woefully ignored, and that’s the game’s mesmerising multiplayer. Slow-paced and tactical, this competitive experience retains the stealth-based combat and elegant crafting system of its campaign, but raises the tension level even further by introducing player-controlled adversaries.

One disappointing aspect of multiplayer in The Last of Us is that the game launched with only two modes – ‘Supply Raid’ and ‘Survivor’ – which makes it all the more exciting to hear that a brand new game-type has been revealed. Distributed for free as part of patch 1.03, ‘Interrogation’ mode tasks players with locating and ransacking their opponent’s hidden safe by extracting information from downed players. Once your team have collectively interrogated five enemies via a special type of execution, the position of their lockbox is revealed. The objective is then to break in while its owners struggle to defend it, doggedly attempting to ascertain the location of your stash in order to turn the tables.

The introduction of this exciting new mode has inspired me to think about other match-types I’d like to see in future updates. So switch from listen to read mode and craft yourself a face mask, because much like the cordyceps virus, these ideas are infectious.