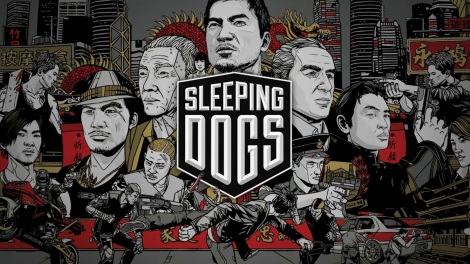 After being stuck in development hell for several years no-one knew exactly how Sleeping Dogs was going to turn out. Publisher Activision painted a fairly bleak picture of the title when they cancelled its production early last year, stating that it was “just not good enough”. However colossal Japanese publisher, Square Enix obviously realised its potential when they stepped in to resurrect the project. And thank god they did because Sleeping Dogs is an awesome sandbox experience in the same vein as Grand Theft Auto 4 or Saints Row the Third, with a gritty narrative full of conflict, subterfuge and consequence. If you’re an open-world fan and you’re looking for something to tide you over until GTA V, then look no further than the hardboiled action-fest that is Sleeping Dogs.

The game tells the story of Wei Shen, an undercover cop charged with infiltrating the infamous Triads on the mean streets of Hong Kong. Returning home after many years of working as a detective in the States, he manages to reconnect with his childhood friend, Jackie Ma. As a low level foot soldier, Jackie is able to provide him with a way into the Sun On Yee, one of the Triad factions the police are looking to take down. As Shen becomes immersed deeper into the criminal underworld, what was once black and white bleeds into increasingly mirky shades of grey. And it’s not long before he finds himself questioning his motives and even his allegiances, as his double life begins to tear him apart at the seams. 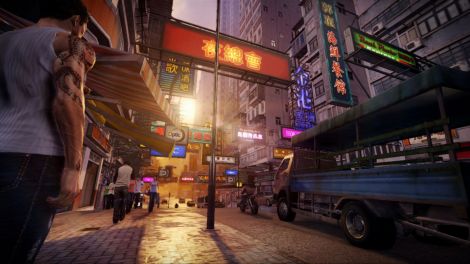 One of the central characters in Sleeping Dogs is undoubtedly the city of Hong Kong itself. A refreshing change from the archetypal open-world cities based on New York or Los Angeles that we’ve seen time and again – Hong Kong is vibrant and teaming with life, its chaotic architecture a blend of east and west. Neon signs light up the streets and venders peddle their wares in bustling marketplaces. Huge skyscrapers and ancient temples can be seen side-by-side and a myriad of threatening back-alleys run through the city like a dense spider web. There are a plethora of things to do throughout the metropolis. You can take part in illegal street races, fight for fortune in underground martial arts clubs, impress the ladies by singing in karaoke bars and even try your luck gambling on poker and vicious cock fights. On top of that there are a ton of collectables to find, that will keep you exploring the eclectic urban jungle long after completing the main storyline.

Sleeping Dogs’ gameplay is clearly inspired by Hong Kong Action Cinema. It has an incredibly arcadey feel, which actually makes for a nice change of pace compared to its contemporary counterparts. Split into four central categories, gameplay consists of hand-to-hand combat, gunplay, driving and free running. 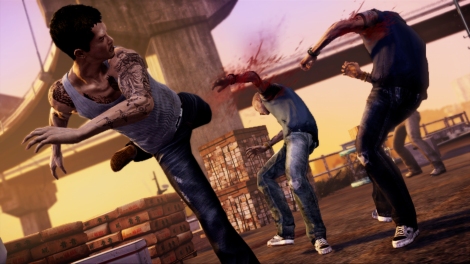 The martial arts combat system is reminiscent of the one used in Rocksteady’s Batman Arkham series, and is fast paced and energetic. You can perform a variety of kick-ass combos, counter attacks and disarms on several classes of enemies, each with their own fighting styles and characteristics. A wide array of melee weapons can be wielded to great effect, ranging from everyday items such as umbrellas and grocery bags, to tyre irons, kitchen knives and even machetes. Devastatingly violent environmental attacks can also be employed for instant kills. You can slam people’s heads in car doors, smash them into pay phones and beat them into unconsciousness with the receiver, and hold their faces down onto red hot stoves to name but a few.

Shootouts are used sparingly throughout the game, which is partially what makes them so effective. The cover system is solid and gunplay feels fittingly powerful, if a tad imprecise. Upon vaulting over a barrier bullet time activates automatically, allowing you to dispatch your foes in silky slow motion with an array of pistols, machine guns and shotguns. There’s no autolock targeting system, so aiming is done manually, which is a lot of fun and feels appropriately rewarding when you connect with a series of headshots in one smooth action-movie-like manoeuvre. 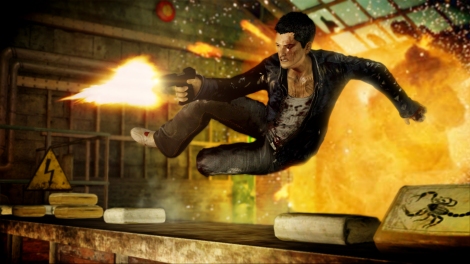 Wei has the ability to free run, which comes in handy during the game’s frequent chase scenes. Whilst sprinting he can vault over fences, haul himself onto ledges and leap over gaps between rooftops. Suitably acrobatic, these moments are tense and exciting, making L.A. Noire’s on-foot pursuits feel sluggish and lacklustre in comparison.

Driving though, is where Sleeping Dogs truly shines. It’s exceptionally fast, brilliantly arcadey and immensely satisfying. There are an abundance of cars, bikes, trucks and boats to choose from and simply cruising around the streets of Hong Kong is a joy unto itself. Whilst driving you can shunt other automobiles off the road, engage in break-neck shootouts and even hijack transport by leaping from your ride and clambering in.

Unfortunately the game’s biggest strength also encompasses its biggest weakness, the infuriatingly stubborn vehicular camera. Regrettably it has a tendency to become fixed facing forward, often making reversing and looking around difficult and frustrating. While it’s not too detrimental to the overall experience, it certainly can be irritating at times. Luckily the game’s motors are robust and the inevitable smashing up of your car due to camera issues shouldn’t really slow you down too much. 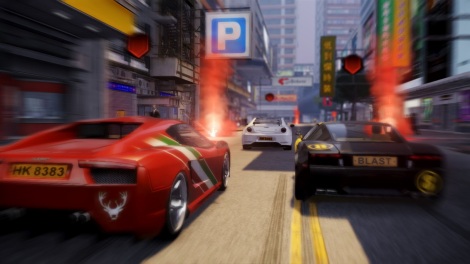 Undercover within the organisation Wei must constantly straddle the line between maintaining his criminal reputation and remembering his oath to protect and to serve, as he tumbles further and further down the rabbit hole.

This fascinating dichotomy is further explored in the game’s unique levelling system. Shen can gain experience in three primary categories: Cop, Triad and Face, which in turn can be used to unlock new abilities. Cop and Triad points are attained during story missions, the former awarded for protecting innocents and minimising collateral damage and the latter bestowed for annihilating enemies in the most violent and brutal ways possible. Face on the other hand is how you are perceived by the general public of Hong Kong. By doing favours for citizens you can unlock new clothing, vehicles and other exciting opportunities as you raise your profile within the community. The combination of these progression systems adds a tactical element to gameplay, incentivising but not forcing you to act in the way an undercover cop really would. On top of that there is an in-game medal scheme, providing you with gold, silver and bronze medallions for completing certain tasks and challenges… as if there wasn’t enough content. 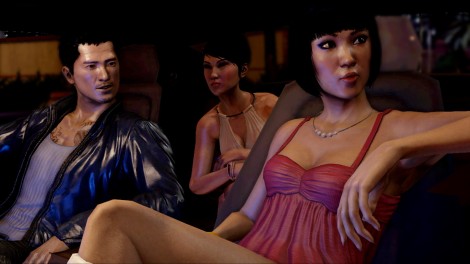 While certainly aesthetically pleasing, the visuals in Sleeping Dogs probably won’t blow your mind. There are some notable texture issues here and there and the frame rate can occasionally dip coming in and out of conversations and menus. However these problems are fairly minor in the scheme of things.

On the other hand the use of sound in the game is both impressive and immersive and the voice acting of the main cast is excellent. Unfortunately the same can’t be said for the less high profile NPCs, and out of cutscenes lip synching ranges from being simply passable to utterly atrocious.

One really cool touch is that characters often flit between the use of English and subtitled Chinese during conversation, which adds to the authenticity of the world and makes the delivery of the story that much more engaging.

It was a long time coming but Sleeping Dogs was definitely worth the wait. It can stand toe-to-toe with any of its open-world competitors and surpasses them in many respects. Its gameplay is arcadey and addictive and its compelling narrative will have you conflicted, as your loyalties are divided and lines become evermore blurred. The city of Hong Kong is refreshing and distinctive, begging to be explored and the wealth of content the game provides will keep you coming back for some time to come. It really is one of the top dogs in the sandbox arena.

ob Gisbey is a games journalist and music production graduate from Bury St Edmunds, Suffolk. To listen to his acoustic demo, read his articles and listen to the VxM Videogames Podcast head to his blog.