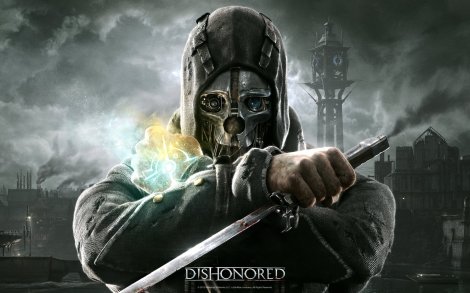 A first-person stealth/action title from developer Arkhane Studios, Dishonored’s backdrop is the fictional industrial city of Dunwall. Set in the midst of a horrific plague, the winding, cobbled streets are reminiscent of Victorian London, albeit with a Steampunk twist.

The plot follows protagonist Corvo Attano who is framed for the murder of the Empress and is forced into hiding. Aided by a mysterious outsider who bestows supernatural powers upon him he vows to become a master assassin in order to exact his revenge upon those who ruined his life.

The beautiful art style is comparable to that of Bioshock or Fable, opting for a heightened, stylised look over realism. 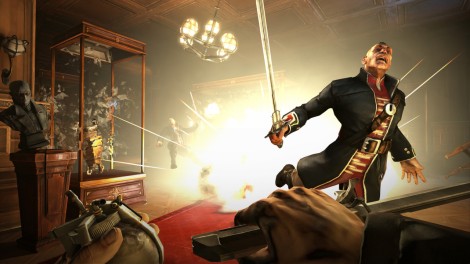 Missions can be undertaken in multiple ways, with a heavy emphasis on player choice. You could decide to sneak through your environments using stealth and cunning to reach your target, or simply cut your way through crowds of guards, utilising devastating abilities to obliterate all in your path.

Your powers in the game are split into two categories, active and passive. Active skills allow you to teleport short distances, slow time for brief periods and possess people or even animals. On the other hand, passive moves let you fall from great heights without injury, move faster, jump further and reduce your victims to dust upon their demise.

There’s also an abundance of weapons and gadgets to implement the use of throughout the game that will aid you both in navigation and in the assassinations of your targets. 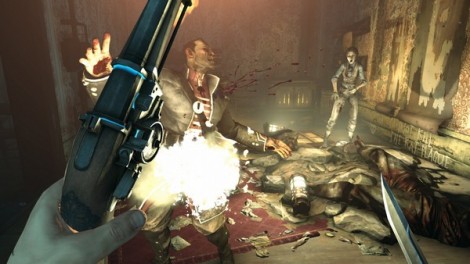 Dishonored makes use of a hub-world set mainly around a local pub in-between missions, where you can talk to the citizens of Dunwall, meet with your supporters and pick up side quests.

Exploration rewards players with new means of achieving your goals and all missions can be completed non-lethally if you so desire, provided you have the skills.

Lastly the game features a “Chaos System” that manipulates the state of the world based on your actions. Raising alarms, harming civilians and leaving a trail of destruction in your wake can have dire consequences – such as more guards being on patrol, a higher presence of disease infested rodents in the area and even NPCs refusing to interact with you if they disagree with your barbaric methods.

For me Dishonored is definitely one of the most fascinating games of the year. It’s increasingly rare that we’re presented with new IPs, especially this late in a console cycle, and this one looks like something special. I love stealth games! Unfortunately the genre seems to have all but disappeared over the last few years, so this game being released at this stage is practically a miracle.

If you only buy one title this Autumn I urge you to consider Dishonored. Not only is it a beautiful and engaging experience in its own right, but it’s a daring new undertaking that deserves gamer’s support. Not to be too preachy, but if we don’t back exciting new projects like these we have little right to complain about the increasingly stale state of our games industry, with it’s multitude of sequels and never ending, money-spinning franchises.