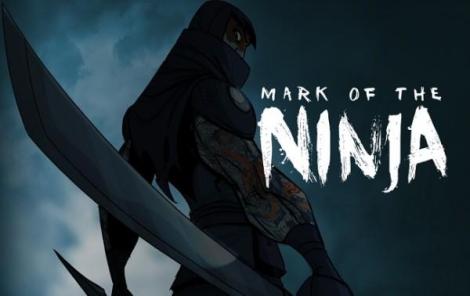 In recent years stealth games seem to have practically vanished into thin air, becoming harder and harder to discover. Some stealth mechanics have managed to sneak into other releases such as action/adventure titles like Assassin’s Creed, shooters like Crysis 2, and perhaps most surprisingly RPGs such as Deus Ex Human Revolution. However every once in a while a stealth game in unadulterated form creeps from the shadows and takes us unaware – and that’s exactly what XBLA assassination sensation, Mark of the Ninja has done.

Certainly the most notable thing about Mark of the Ninja is that it eschews the conventional 3D approach of most stealth undertakings and instead employs a simpler 2D platforming style. This bold design choice takes the genre in a fascinating new direction and makes for an exciting and unique gameplay experience.

The controls are smooth and responsive allowing you to effortlessly navigate environments and seamlessly blend into cover to avoid detection. A grappling hook can be used to zip around from perch to perch and as a means of eliminating your enemies from above.

Whenever you silently dispatch a guard the camera swoops in and you are rewarded with a satisfyingly gruesome kill animation. These assassinations can be carried out in a wide variety of ways. You can yank your victims off ledges, pull them through grates in the floor and even strike whilst concealed under a cardboard box… sound familiar anyone? These actions are carried out with a simple tap of the X button and by holding a cardinal direction on the control stick. If executed correctly a merciless kill occurs in a flash. However if a mistake is made the act becomes far messier and the blunder allows your prey to writhe, kick and gurgle, for which the consequences could be disastrous.

Both light and sound play a huge part in remaining undetected as you traverse Mark of the Ninja’s shadowy landscapes. By creeping through the darkness you can remain unseen, and by smashing lights (a-la Splinter Cell) you can proceed without drawing unwanted attention. Be warned though, this action is not without consequence. If a member of the opposing force is within earshot he will be drawn by the commotion and hasten to investigate. This can work in your favour if you wish to set an ambush. Alternatively it could be your undoing if you aren’t sufficiently prepared.

Noise is expressed onscreen as a circle emanating from its sound-source like a ripple on a pond. This visual cue is tremendously helpful, allowing you to accurately gauge how far sounds will travel. A guard’s field of vision is represented by a small cone, although if they use a flashlight their perception can improve dramatically. Areas that aren’t directly within visual range become shadowy and grey like a smudged charcoal rendering, concealing possible threats from view and keeping the player constantly on their toes.

If you walk you can sacrifice speed for silence but running, jumping or using your grappling hook in close proximity to a foe will alert him and cause him to spring into action. If a soldier glimpses you he will sound the alarm and all the troops in the area will begin actively hunting you. Evasion is the key to your escape. A timer will count down and if you manage to remain undetected security will return to their previous stations when the clock hits zero.

There are a few different classes of enemy in the game ranging from shield-wielding troopers who require tackling from behind – to huge hulking brutes that require stunning before they can be vanquished. However the lack of variety in your adversaries is counteracted by superb level design with branching paths, perplexing puzzles and hidden treasures to discover.

Your grappling hook isn’t the only tool at your disposal. Throughout the game you will unlock a whole arsenal intended to either distract or disable your enemies. Firecrackers can be thrown, luring soldiers away from your position while smoke bombs can be used to pass through laser defences. If you wish to be more aggressive spike mines can be placed along patrol routes, eviscerating those who trip them and terror darts send their recipients into a state of panic – causing them to wildly fire at anything that moves, including members of their own squad. 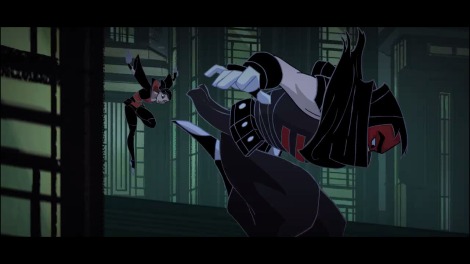 One of the most rewarding aspects of the game is that you garner points for successfully sneaking past your foes, as well as by exterminating them. This allows gamers to choose their own style of play and still be able to rack up those coveted high scores. Extra points are given for concealing bodies, distracting and terrifying enemies and for completing levels without killing anyone.

Equipment, new assassination moves and alternate costumes, (each with their own unique abilities), are unlocked by progressing through the campaign, gaining XP and completing side objectives. These range from simple tasks such as killing two guards with a chandelier to more demanding ones like remaining undetected for an entire stage. Fortunately checkpoints are frequent so if you’re discovered you can simply reload from your last autosave.

There are also hidden scrolls and challenge rooms which encourage re-playability, as does the New Game Plus mode. This option allows you to replay the 6-8 hour campaign carrying over all the gear you’ve unlocked and pitting you against even tougher villains. 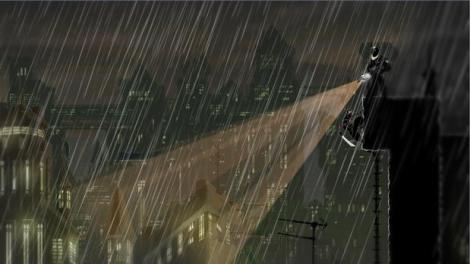 One of the most effective weapons in Mark of the Ninja’s tool kit is undoubtedly its striking art direction. The animation is instantly recognisable as the work of Klei Entertainment, who’s previous XBLA series, Shank utilised the same beautiful comic book aesthetic. The lighting and sprawling backdrops bring the environments to life while the ambient, eerie music reinforces the moody atmosphere, keeping the tension high throughout.

Unfortunately the tale that’s told here isn’t particularly compelling and only really serves to provide context for your actions. Our silent protagonist is imbued with special abilities after being tattooed using toxins from a mystical flower. Although this provides our hero with the power to protect his clan against a technologically superior force, in time they will also send him spiralling into madness. According to ancient tradition when the chosen one’s task is complete he must take his own life before his insanity causes him to hurt the very people he is sworn to protect.

It’s all fairly standard stuff really, and while its unimaginative characters, obvious plot twists and unsatisfying conclusion certainly are a shame, the product as a whole more than makes up for these shortcomings.

Better than any of this year’s Summer of Arcade lineup, Mark of the Ninja isn’t just one of the best Xbox Live Arcade games available but is one of the greatest overall stealth games in a very long time. With its gorgeous visuals, steady pacing and fantastic gameplay, it is a must purchase title for any gamer.

Despite a relatively uninteresting narrative and a few minor frustrations, this is another excellent example of the kind of creativity that smaller studios can provide through Xbox Live. So stop reading this review right now, go to the Xbox Live Marketplace and purchase Mark of the Ninja immediately. It totally kills all the other competition… then hides their bodies for extra points!